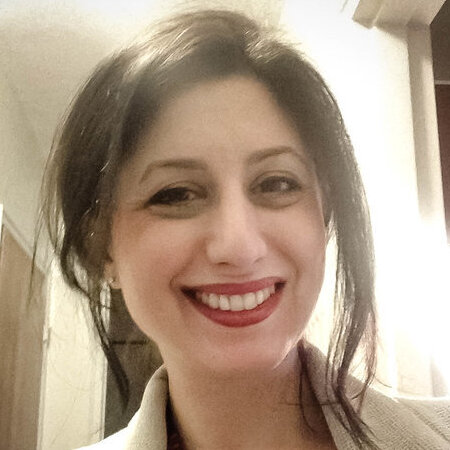 My dad and I used to collect rocks and shells. My mom and I used to make rainbows and clouds, and look at the stars. In fifth grade I wrote a speech about drugs and the brain. In grade ten, I was introduced to neuroscience after doing a report on melatonin and I became consumed with reading about hormones and circadian rhythms. My high school physics teacher Mr. Demelo was instrumental in my decision to pursue science instead of journalism. Now I realize that science is journalism. I was fascinated with the idea that neurons didn’t regenerate the way other cells in the body did and remember being amazed when I learned about neurogenesis. But it was when I learned about plasticity that neuroscience really sank her hooks in me. Learning changes your brain. I was floored and I was in. Since then, the study of memory has always captivated me.

I got my first real taste of lab-life after volunteering in a maternal behaviour lab where I studied maternal memory and early life adversity in relation to the development of the dopamine system in rats. This sparked my interest in stress and addiction. I spent several years after that studying the role of stress in drug relapse. For me, the most interesting aspect of addiction was how it can be viewed as a disorder of learning and memory. For my PhD, I worked in a molecular / behavioural memory lab where I examined the plasticity-inducing role of norepinephrine on contextual representations in the hippocampus. I would like to continue to investigate how memories play a role in anxiety disorders such as PTSD, and I am specifically interested in the neuromodulatory role of norepinephrine in this context.

When I’m not at the lab, you can likely still find me collecting rocks, making rainbows, and staring at the stars. An ideal weekend involves going to the farmer’s market, cooking for friends, and stimulating conversation over good food, wine and coffee. I’m a sci-fi enthusiast with an artist’s soul; I enjoy photography, refinishing furniture, watching documentaries about quantum physics, listening to records, and gardening. I love traveling! I believe the best way to gain perspective is to immerse yourself in different cultures. I am close with my family. I grew up in Toronto (yes, I say eh, no I don’t put maple syrup on everything like Elf). My favorite weather is fog; I love hiking (preferably in the fog), I can’t whistle, and I have a fear of birds and train tracks. I am allergic to cats. I also have a pet cat that I’m obsessed with so everyday is fur-filled, antihistamine-laden, soft, adorable struggle.

Hitchhiker’s Guide to the Galaxy

Love of my life

A tinkerer. A risk-taker. A time-traveler. A theorizer. Science is about asking questions, so first and foremost (actually fifth and sixth-most) what I look for in a scientist is zealous enthusiasm and a curious nature…sort of like that kid in Cloudy with a Chance of Meatballs. Science is also about rigor. So, someone who asks great questions and can then engineer a well-thought-out, hypothesis-driven design to try and answer those questions. It’s not all about fancy techniques. I would look for someone who didn’t over-complicate things but understood the process of finding the best method to address the research question, keeping in mind, science is also about finding creative ways to solve problems and thinking outside-of-the-box. Turn-on: to-do lists. Pet-peeve: the overuse of hyphenated phrases.