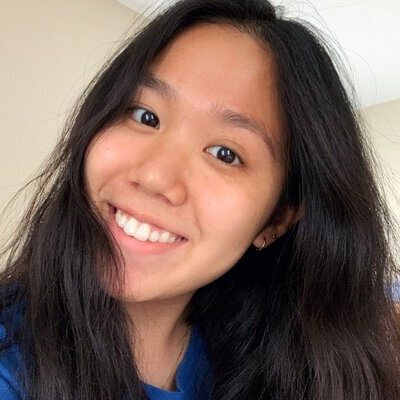 I wished there was an exact life-changing moment when I realized science was the path for me but to be frank, there isn’t one. I sort of grew up already immersed in it. One of my fondest memories as a kid was whenever my parents brought me along to the electrical ballast factory that they ran together. I practiced reading with pharmacy signages and prescription names when I visited my grandpa at his pharmacy counter. I watched as both my older sisters went abroad for college to pursue engineering degrees. Growing up, all the people I loved and looked up to most were all scientists and so it was always a dream for me to follow along their paths into the scientific field.

I had my fair share of fun in high school analyzing literary works, playing sports, and volunteering with local non-profit organizations but it was in my science courses that I thrived and had the best times. I practically lived in the hallways between the labs as I was enrolled in every single science class that was offered. My high school was super small (like our graduating class was under 30 kids kind of small) so all the science courses were super hands on. Four years of setting up my own experiments, running labs, and occasionally dissecting animals made me realize that this is the kind of action that I wanted to be a part of in the future.

When time came to apply for college, I was sure I wanted to pursue a science-related degree - the only question that remained was which one? To this day, I still struggle to answer why I chose neuroscience. It’s possible that my dad’s slight obsession with AI and all things brain-related and the hundreds of articles about it that he sent my way or the fact that I’ve always thought Derek Shepherd had the coolest surgeries in Grey’s Anatomy both had something to do with it. Though truthfully, I think that it was this video about the Backwards Brain Bicycle experiment that showed me just how cool and complex the brain is. The video only briefly touched on neuroscience topics like neural networks, the ability to learn (and relearn), and neuroplasticity but my mind kept wandering back to those concepts and the experiment months later. It was then that I knew neuroscience was the path for me.

Being from Saigon, Vietnam means I always drink my coffee sweetened with condensed milk and iced despite always freezing my fingers off during winter. I try to offset the obscene amount of snacking I do throughout the day by running on the esplanade or wandering around Boston. I’m a strong advocate for diagonally-cut sandwiches, pineapples on pizza, and Cane’s special sauce. If you love good food and enjoy jamming out to High School Musical and OG Disney songs, we’ll get along great :)

How I Met Your Mother

At one point the Warren Starbucks barista knew my coffee order without me having to say a word so….

I have a foodstagram for all my foodie adventures. Shameless plug @munchinwmia

Passion comes first to mind but there’s little doubt that any scientist who devotes long hours to a field of so much uncertainty isn’t passionate about what they do. The best people to work with have positive attitudes, are team players, and treat their coworkers like family. I also appreciate a good mentor who is willing to teach and spread their knowledge to others.