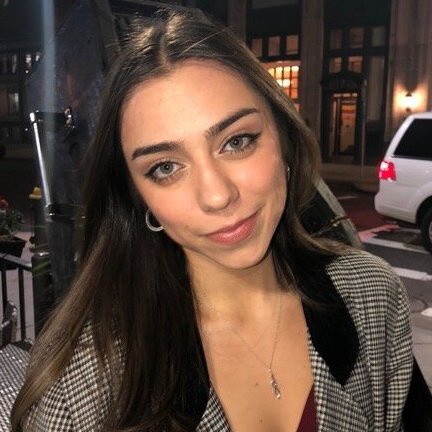 I don’t know that I could really pinpoint a time when I suddenly became interested in science. As someone who is never satisfied with a general answer and is constantly asking questions it was just a natural direction to take. If someone were able to sum up my childhood, it would seem inevitable that I would end up in a career in psychology. My parents called me the “mini therapist” because of my knack for communicating with people and giving advice at a young age. By chance, I had a lot of exposure to mental disorders which sparked my interest in human behavior and cognition. So after taking an introductory psychology course my freshman year of highschool, I was hooked- my path seemed pretty much set.

Towards the end of high school I became a little obsessed with one topic from class on mirror neurons. Well, really obsessed. Like I wrote multiple essays on the connection with empathy, and would talk about it to anyone who would listen obsessed. It was maybe covered for a few minutes, but this uncanny ability of the brain to respond with the same neurons both when observing an act and performing it fascinated me. I had endless questions (and still do). Science to me has always been about the unknown, slowly piecing together what we don’t understand. And with the brain as a focus, there is so much unknown. The excitement of learning about the brain, about all of these unanswered questions, is really what drew me to neuroscience in particular.

So, having a few classes worth of understanding, and a ton of fascination I applied to BU as a neuroscience major. And after three semesters I can happily say that excitement is still going strong, and I have even more questions.

When people ask me for fun facts I have a few go to’s:
- At one point in my life I really loved jelly beans, so to this day I can tell you the flavor just by looking at one.
- I’ve had like 5 surgeries but I’ve never broken a bone.
- I play an obscene amount of Soda Crush (like Candy Crush but better), and just broke level 2160..it’s bad.

Other than that, I am a sophomore undergraduate student from a small town in Central New Jersey (yes, it exists). I love dancing, I danced at the same studio for 15 years and am continuing to find classes and workshops to keep that up now. I’m big into music and will accept any playlist recommendations people have. In my free time I love to go out into Boston with friends, especially for food, and explore new places in the city.

The Eternal Sunshine of the Spotless Mind

Somewhere in the range of King Princess to Chance the Rapper, it varies.

Sushi, but a sucker for mac and cheese

How I get gas: “Hi, fill with regular please.”

Someone who wants to help others learn as much as they want to learn, and has passion and excitement for what they do.