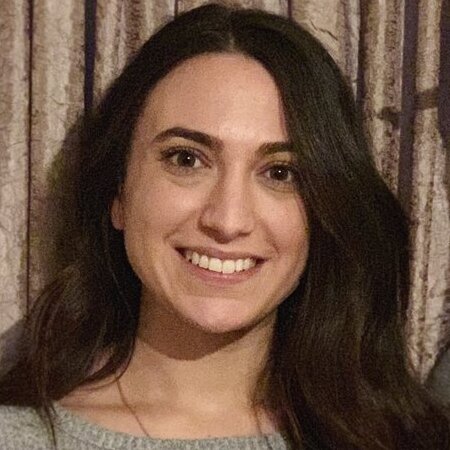 I didn’t have an “ah-ha” moment where I knew science was right for me. It wasn’t a class that I took, a mentor I had, or a Ted talk I watched. It was a collection of steps in directions of things that first piqued my interest, followed by the desire to know and understand more, enticed by the passion to explore.

I won’t take you through the entire story; it’s pretty long, and it pairs better with a beer and a human interaction than a keyboard. Here’s the Sparknotes version of how I got into science:

Inquisitive isn’t the proper adjective to describe me as a kid. I didn’t love reading, I didn’t rush home from school to start my homework, I didn’t ask my parents a million questions about how the world worked (I’m not sure how they would have answered; maybe I should try this out now).

The curiosity started in high school when I took a few biology and anatomy classes. I was fascinated with the human body. I though of it as an intricate, self-sufficient machine with only few necessary inputs to maintain itself. It was when I began learning about the processes and functions that enable the human body to operate along with the vast things stacking up against those very functions that I decided I wanted to pursue this line of study in my college career.

So, I pursued an undergraduate degree at Northeastern University in biology with a focus in pre-medicine. My freshman year, I was in need of an elective, so I picked Introduction to Psychology, thinking that it would probably be interesting and maybe make me think outside the box of the standard science and math classes I was taking. Fast-forward to a few psychology classes later and a minor declared, I decided that it made the most sense for me to combine my two interests into a degree in Behavioral Neuroscience.

What I learned over my 5 years at Northeastern can be heavily attributed to the university’s emphasis on experiential learning and cooperative education. I was able to explore different areas of healthcare and science, from business development and patient recruitment in clinical trials, to physiological impacts of early-life stress in rodent models. I had the opportunity to explore and contribute to laboratories in both academic and industrial settings, allowing me to both grow and discover what science means to me.

I’m on a low-key mission to try out all the delicious vegan food in the city, while subsequently exploring the surrounding areas. There are a lot of cool people/places/things in Boston, and I’m still in the process of uncovering all of them. Getting away from the city every so often is also key to my sanity, and I won’t say no to a drive by the ocean.

I also love talking politics, the world, current events, social injustices, and pretty much everything else with my dad on a regular basis. He keeps me thinking, keeps me grounded, and inspires me to think outside the box and/or bubble that we sometimes grow used to living in.

I began my laboratory experience in Prof. Heather Brenhouse’s lab at Northeastern University, where I was an undergraduate research assistant. I spent 2.5 years in the lab, focusing primarily on the effects of early life stress (ELS) on neurodevelopment later in life. There, I proposed a project aimed at delineating the potential protective effects of an anti-inflammatory pharmaceutical intervention in our model of ELS. We proposed that the anti-inflammatory intervention may protect against the deleterious cognitive effects seen following a second hit of stress in our ELS model.

Through the co-op program at Northeastern, I also had the opportunity to work in Dr. Derek Buhl’s lab under the mentorship of Dr. Evan Lebois at Pfizer in Cambridge, MA. During this six month full-time internship at Pfizer, I worked on a project aimed at characterizing the effects of muscarinic modulation through novel therapeutic agents. My project relied on drug-induced deficits in pattern separation, a process that is impaired in multiple disorders including schizophrenia and Alzheimer’s disease, which was scored through a novel touchscreen task. Here, I had the opportunity to explore behavioral pharmacology, while honing in on additional technical skills within neuroscience.

My experiences, both in and out of the lab, have shaped my interests to span from basic science to application through translational research. In particular, I’m interested in uncovering novel mechanisms through which we can work to prevent the development and manifestations of psychiatric illnesses. Understanding the fundamental aspects of memory and potentially harnessing their power to alleviate or (hopefully) prevent these manifestations from occurring is a key driving force behind my interest in the field, and Steve’s lab, specifically. I hope to continue to expand both my knowledge and technical repertoire to also encompass my interests in molecular biology, genetics/epigenetics, and functional connectivity to help elucidate the biological underpinnings of maladapative states.

Good Will Hunting is the only movie I’ve seen more than once, so I’ll go with that

My Spotify playlists hold all the secrets

Anything on the grill

Sitting by the ocean at dusk

There’s only one correct answer here

I’m not (and will never be) into Harry Potter

People who are both team players and independent thinkers. Those who can stay focused while remaining passionate because of what science means to them. Someone who thinks outside the box and believes that accepting the status quo is also to do a disservice to those who came before us, and those who will come after us.