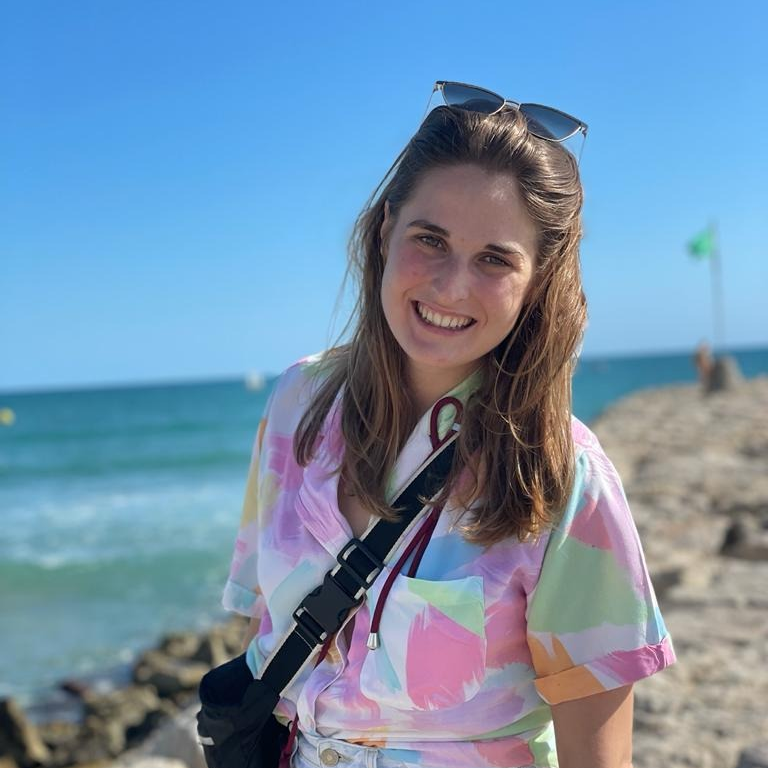 As a kid, rather than my toy chest being filled to the brim with barbie dolls, I had a squad of various animals and dinosaurs. From a young age I was fancied by animals; I was interested in the different ways they moved, what they ate, how they looked, and if these differences served any purpose. As a 12 year old, when I was asked the typical "what do you want to do when you grow up?” question, I thought my interests meant I was destined to be a veterinarian. However, after a class visit to a farm where we watched a vet give an exam to a pregnant horse, I quickly realized being a vet was not in my future. My fascination with animals did not waiver, however it developed into an interest in the field of biology. As an undergraduate at the University of Barcelona I decided to study biomedicine to understand how the body worked and how we can treat it when it doesn’t work. I quickly realized the organ with most mystery was the brain, and I was immediately captivated.

I sought to indulge my newfound interest in the brain by exploring neuroscience research. During my time studying abroad in Amsterdam I was given the opportunity to work in Dr. Frank Jacobs’ lab, where I studied how the differentiation of specific neurons contributed to the process of aging. Feeling part of the processes that answered core biological questions immediately hooked me. The lab fostered a curious and engaging scientific community that was collaborative and fun to work with. I knew that neuroscience was my path forward.

After completing undergraduate studies I began graduate school studying in Dr. Victoria Puig’s lab at the Hospital del Mar Medical Research Institute in Barcelona investigating the neural correlates of cognitive impairment in schizophrenia. I enjoyed working on a project that aimed to answer questions that could directly translate to humans and specifically a disease that has a large unmet need. The team with whom I worked with are a group of scientist I admire and respect. They were always available to bounce around scientific ideas and troubleshoot problems, while also helping keep me sane during the most difficult parts of my PhD.

To further understand circuits underlying cognitive impairment in neuropsychiatric disease I choose Dr. Steve Ramirez's and Dr. Ben Scott’s labs to continue my scientific training as a postdoctoral researcher. In both the Ramirez and Scott labs I am aiming to understand how decision making is impaired in post traumatic stress disorders and how these impairments can be ameliorated using psychedelics. I am passionate about the possibility of finding novel treatments for those living with a debilitating neuropsychiatric disease.

I was born and raised in Barcelona, Spain. I’ve grown up as a huge sports fan, with a slight obsession for the Barça football team (because in Spain it is called football and *not* soccer), which also left me susceptible to indoctrination into a Boston sports fan within the first month of me living here. I also played competitive basketball for a little more than twenty years starting from the age of five, however I now just live vicariously through the Celtics. I also love to travel and explore the world, and have been to over 30 countries. Growing up by the Mediterranean has instilled a love for water in me, and therefore one way I like to explore new places that have bodies of water is through scuba diving.

My current work in the Ramirez and the Scott labs aims to understand the neural correlates underlying psychedelics’ such as ketamine and psilocybin, rescue of cognitive impairment that may underlie stress-induced maladaptive states in mouse models of neuropsychiatric disease. Also, developing a new framework for mapping and inducing the effects of psychedelic drugs by elucidating the neural populations corresponding to, and sufficient for psychedelic effects.

Tasting all the types of food that I can…

Someone creative, collaborative and who can provide constructive criticism.